There’s nothing like the perfect combination of spices to properly finish off that latest recipe. Way beyond the realms of commonplace salt and pepper, the wide variety of spices available can give a dish an aroma that hints of faraway places, open air markets, and exotic cities from afar.

Our usual kitchen stapes of garlic and onion, cinnamon and ginger, pale into insignificance compared to the unheard of before za’atar, Chinese five spice, or garam masala. From ras-el-hanout to herbes de Provence, some spice and herb blends may seem novel and unfamiliar to us, but they have the power to transport you around the world. Add these spices to your spice rack and strap yourself in for an international culinary experience.

From Africa to the Middle East to the Americas, let’s take a trip through the spice world; no passport required!

In African cooking, spices are usually a heady amalgamation of hot and sweet. In Morocco, Algeria, and Tunisia for example, ras-el-hanout is the common house blend. The combination of coriander (aka cilantro), cumin, cinnamon, nutmeg, allspice, and cardamom, achieves a warm flavour. For an extra kick, some cooks like to throw in cloves, pepper or ginger.

On the Asian continent, the focus shifts to creating a warm, sweet taste, often using ginger and the well-known Chinese five spice. This gives Peking duck and other East Asian-inspired meat dishes their distinct, tangy-sweet piquancy.

The Middle East conjures up images of markets with heaping bowls of vibrant spices, the most versatile being za’atar, frequently combined into a spice blend. A za’atar spice is an aromatic and tangy mix that will generally include thyme, sesame seeds and sumac. Sprinkled over warm naan bread, or added to hummus, za’atar brings the tastes of the East to life.

While we are in the Middle East, we must not forget harissa. The options really are endless with this spicy chilli pepper paste. Directly translated, harissa literally means â€œto crushâ€ and the simplest versions are just chillies, salt and olive oil. It makes an excellent addition to a hummus or to spice up your roast vegetables.

The Michelin Starred Chef des Epiciers globally, must surely be India. With the ideal climate for growing exotic and rare plants, India is not only the largest producer of spices, but also the largest consumer, and importer! Among the best known of Indian spices is garam masala. Directly translated to â€œhot mixtureâ€, garam masala incorporates cinnamon, cumin, coriander seeds and cardamom. Indian spices offer complex and sensory delights for the adventurous cook, with the likes of fenugreek, nigella, and black mustard as inspiration.

Last but certainly not least, the Americas join the global spice procession. In South America, chimichurri is the favourite. With its savoury mingling of parsley, oregano, oil, vinegar and pepper flakes, chimichurri adds the classic finishing touch to any barbecue.

Jamaican jerk spice is no longer a stranger to cooks worldwide. With its kick of heat, and sweet undertones of cinnamon and allspice, it’s the perfect way to spice up any meal.

In North America we find the ubiquitous dry rub, with endless varieties of sweet and smoky, including paprika, chilli peppers, and even ground coffee to obtain that moreish crust on a grilled piece of meat.

So, what are you waiting for? Hop on the spice train, expand your views, broaden your outlook, and tease those tastebuds with new, exciting, and complex flavours! 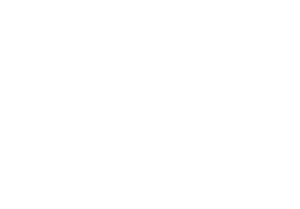